In the mid 1970s I enjoyed going to the Disco and dancing. 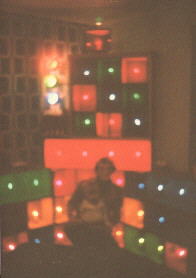 While friendships, music and dancing were the main attractions, the flashing lights also impressed me. While I was living in a country town I attended an evening higher education course for Woodwork, and during the term built myself a disco lighting system. When I returned to Adelaide I built more parts (shown here). They were not only used for various family parties at my place, but at a roller skating rink and for friend's private parties too.

This particular system was stolen during a house breaking, but I eventually replaced it with a new design. Giving it a disco atmosphere, the new system adorns the walls of my "dance room" wherein I continue to practice my dance routines with friends.
Combined with my audio system they are also used by children of members of my Hobby Club who sing Karaoke.

My own children call me the dancing penguin and have drawn for me this new penguin logo to reflect this characteristic. A three foot high wooden version of this now appears next to my front windows, above my ROBB's Hobby Club entrance sign.

I took dance lessons to improve my confidence, then visited such places as the Old Lion and Arkaba Hotels where TIME WARP music was played. I usually only danced to songs that I liked, and when the music flowed through me, my feet did the rest. I became known for my unique ties and special dance vests that I made myself. 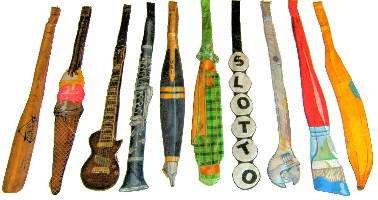 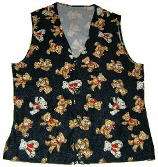 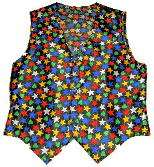 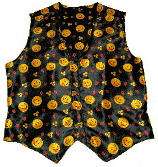 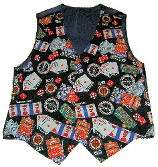 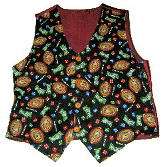 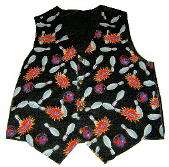 For many years at the Arkaba Hotel a group of about thirty enthusiastic people danced to 70s & 80s music until a more modern style of dance music took over and forced us out of those venues.

On Saturday nights you would have found me again returning to venues such as the Arkaba, Marion, Clovercrest, and Highlander Hotels dancing free-style to the 70s and 80s music from various Adelaide live bands, including FIZZYPOP and PLANET SQUARE.

From July 2007
My dance day changed to Friday nights, but I still danced to live bands at the Highlander and Clovercrest Hotels where they continued to play 'the best of the 70s & 80s'.

By 2013 the number of venues having live bands playing 70s & 80s music in Adelaide had diminished, thus my weekly freestyle dancing came to an abrupt end, except for one or two selected bands I was following.


During that time I became great friends with the band members of FIZZYPOP and was even asked to get up on stage. In July 2017 they celebrated their 10 year anniversary. 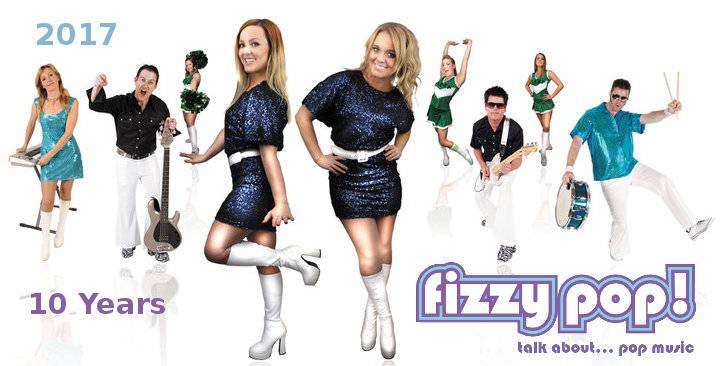 19 December 2020
The band members from FIZZYPOP joined me for my birthday dinner at the Clovercrest Hotel. 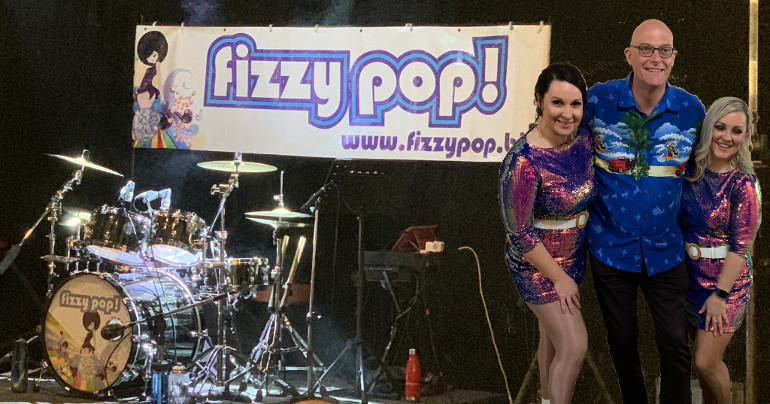 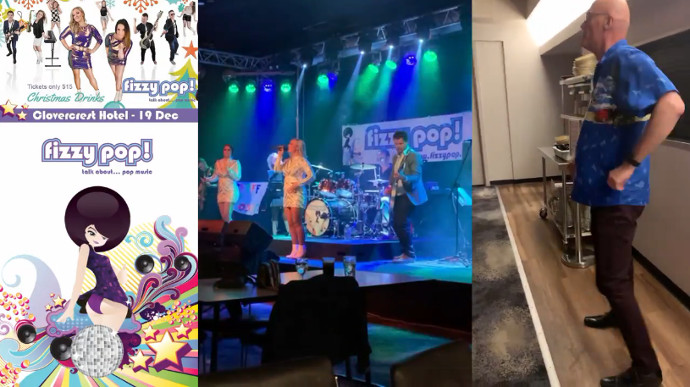 That night, once again I was invited on stage.
VIDEO

My Fizzy Family, Jaimie, Tiffany, Megan, Trudy, Andrew, and Jimbo remain personal friends, and I continue to support the Band and attend many of their gigs.


In 2014 a new dance journey commenced

To fill the need to dance, I began a new style of dancing.
I wish to thank my daughter Amanda for introducing me to Latin Dancing at Elite Synergy Dance School. They taught me the fundamentals of BACHATA.

Over the next five years you would have found me pushing the boundaries of my Bachata dancing abilities at various Adelaide venues such as the weekly dance at Rooftop on Rundle, Kent Town (hosted by Latin Fever) plus monthly studio dances by SA Ballroom & Latin, Quicksteps and Dance Adelaide.

During those years, every month at Dance Adelaide's studio they had themed social dancing. I have been known to dress up for the occassion. 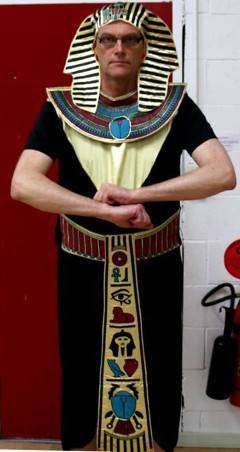 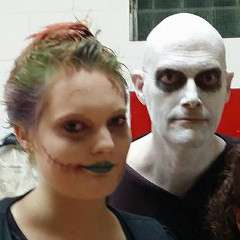 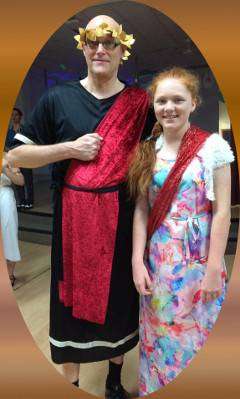 Bachata videos can be found in the Bachata Back-Story section.


In 2015
Another new dance style was suggested to me, Brazilian ZOUK 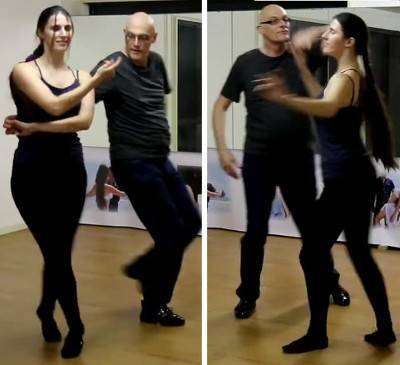 The internationally acclaimed dance teacher and choreographer Irina Iri (from Moscow) set up her new Yatskova Dance School in Adelaide. I joined her studio and my Zouk journey began.

I later introduced my daughter to this intriguing style. For five years we attended lessons together and danced Zouk socially. 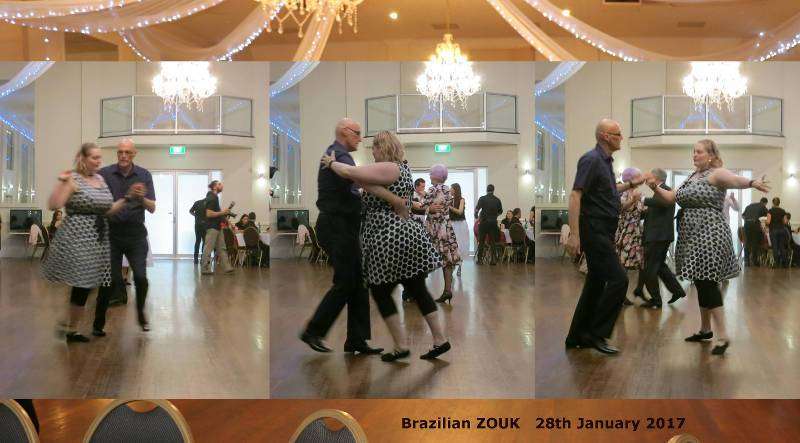 Zouk videos can be found in the Zouk Back-Story section. 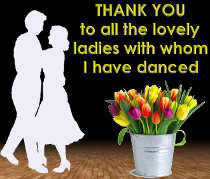 To all my dance partners with whom I have shared a brief 3 or 4 minutes of Bachata and/or Zouk on the dance floor. My encounter with each and everyone of you has helped shape my dancing and given me an appreciation of how to dance in partnership.