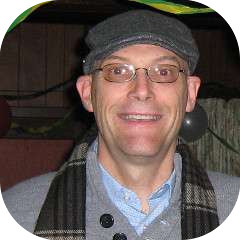 Hey there. Thanks for visiting my website.
I was born in Adelaide, South Australian and like to involve other people in my life.

Participation hobbies that I have previously shared with people include Puppet and Kite making, Sewing and Embroidery, Woodworking, Organ Music and Karaoke Singing, plus social activities such as Cinema visits, Country drives and Photo trips, Lunches, and free style Disco Dancing.

Other groups of which I was previously a member include Electronic Organ Clubs (of Adelaide, Port Pirie, and Kadina), Theatre Organ Club of South Australia, and the Australian Fuchsia Society. I was a volunteer for the community groups Helping Hands, National Trust Museum, and Neighbourhood Watch (in two Areas).

Sections that have a BACK STORY are noted with a ß

I began to play Electronic Organ music in 1975.ß

From the mid 1970s I enjoyed going to the Disco and dancing.ß

Penguin Productions is the name of my electronic and other production activities from 1984.
ß

In 2011 I was commissioned by the Australian Fuchsia Society to create a new website for them, which was completed in August that year. While that society has now closed its activities, I still have a copy of their website archived. If you like pictures of colourful Fuchsias, the above link opens in a new window.

When a heatwave wiped out all my Fuchsia plants, I moved on to growing Flowering Bulbs.ß

In late 2013 I was asked to be the new Adelaide Host for the Australian Time Travel Study Group's Workshops.

In 2014 I began classes in a Latin dance called Bachata.ß

From 2020 I was allowed to present some Ancient Mysteries Solved information regarding Time Travel Discoveries as part of my Hobby Club activities.