Spring in South Australia in 2010 was touched by the same weather patterns of late winter - wet & windy - resulting in many areas exceeding their monthly rainfall for both August and September. The first time this had happened in many years.

Unfortunately this exasperated the usual problems of fungal diseases (such as rust) for both general gardeners and growers. On top of this, the reduced number of growers and members available to supply good quality fuchsia plants meant that the format of our usual big expansive Show had to be reconsidered.

A new approach was adopted in order to continue bringing an awareness of the Fuchsia plant to the Adelaide public. The strategy was to host a 2 day Sale of Fuchsias with an area of the hall allocated for 'Display Only' plants.

While many of our long time members were dissapointed with this new game plan, the hall presented a large range of beautiful Fuchsias in baskets and pots. In contrast to previous shows, these plants, once purchased, were able to be taken away by the buyer.
Named blooms were featured in the special Display Only area. 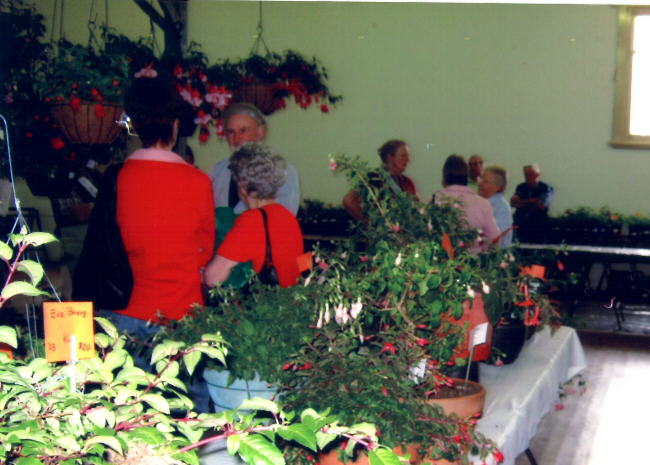 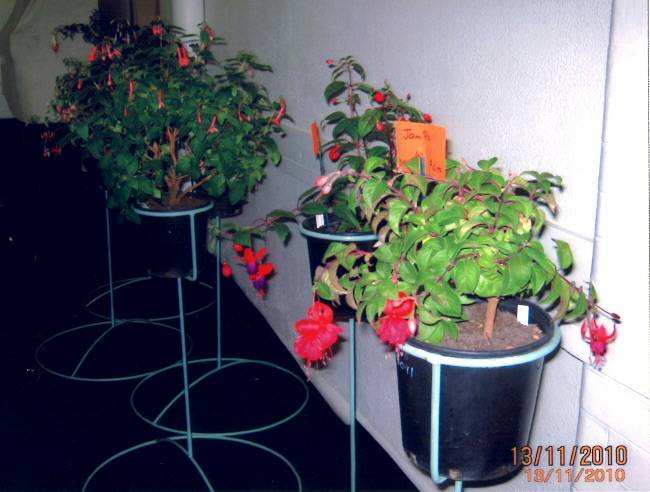 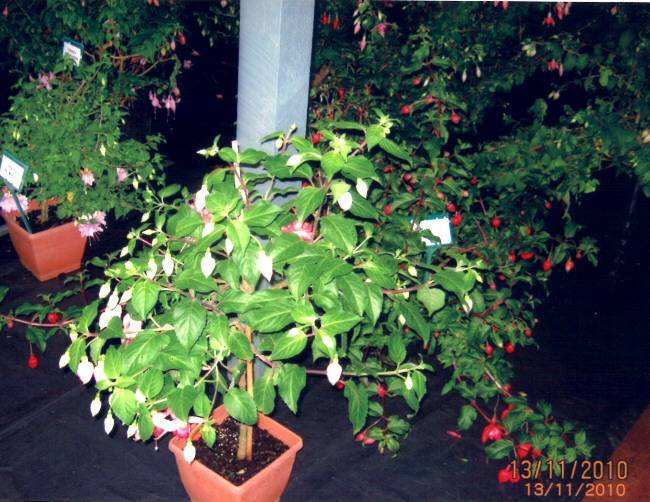 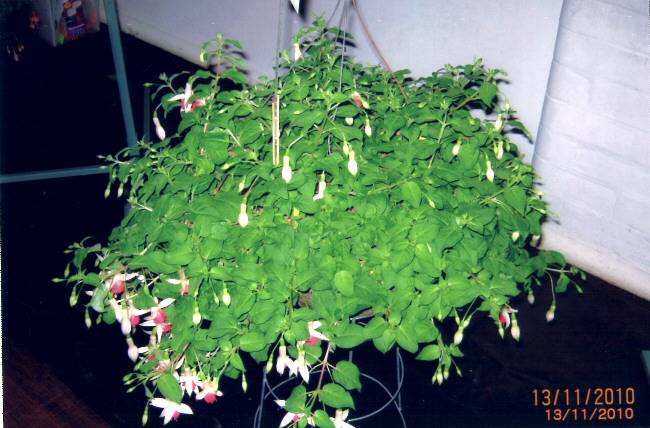 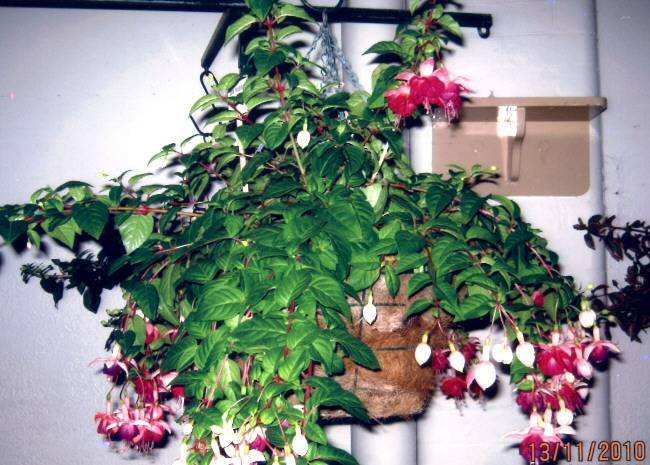 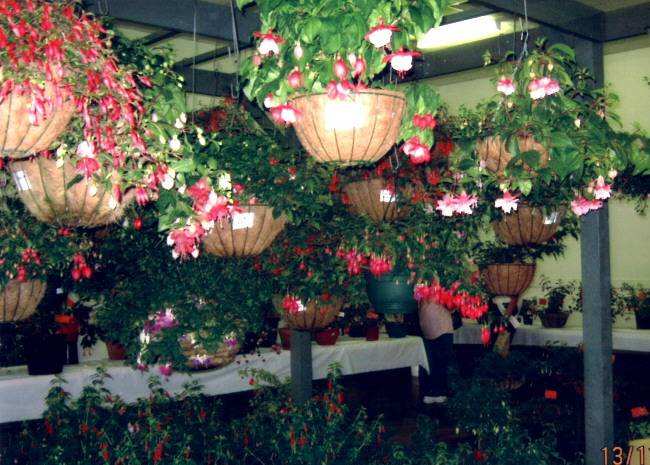 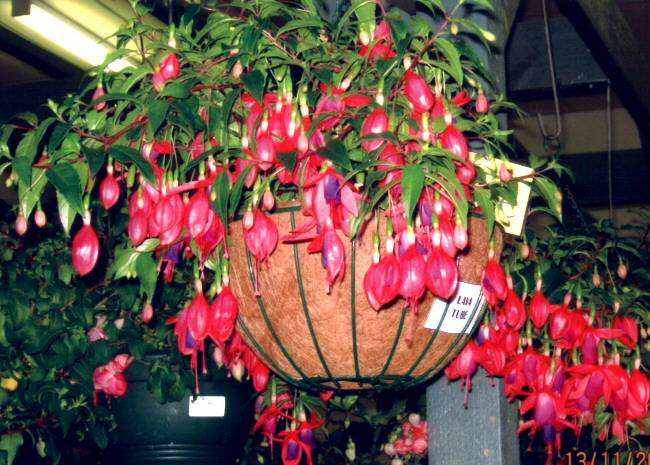 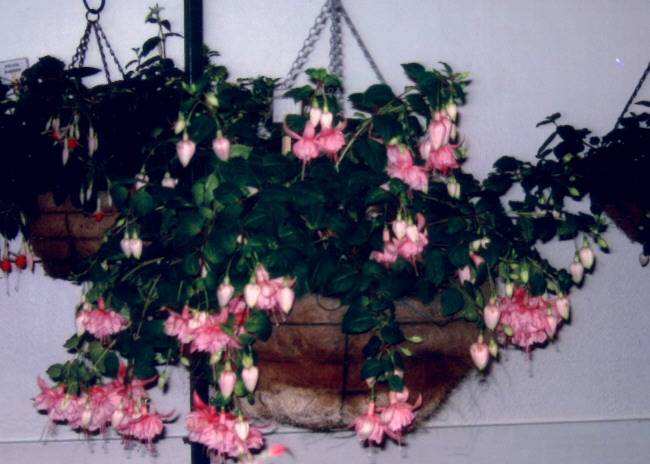 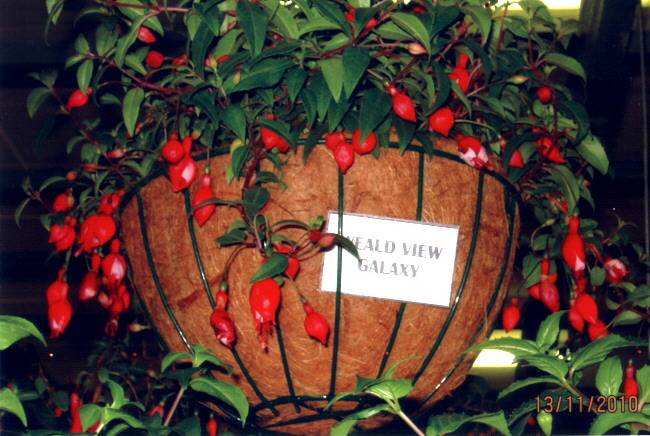 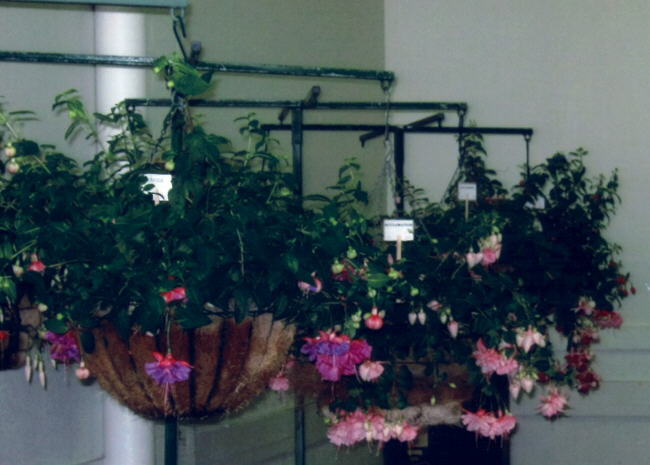 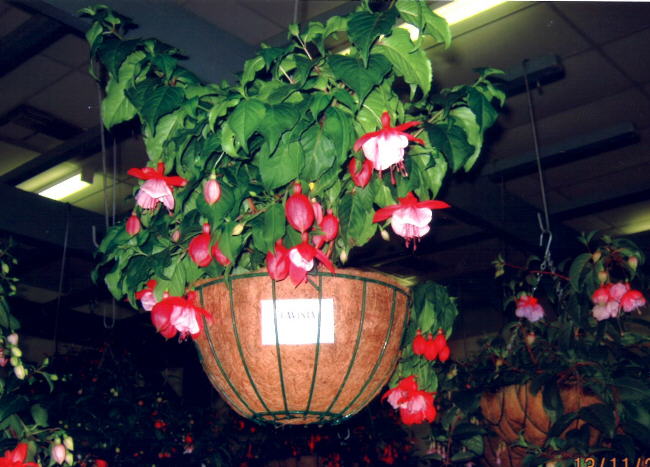 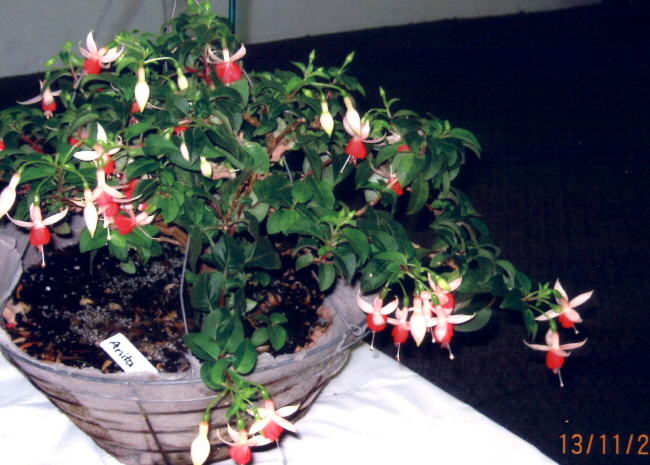 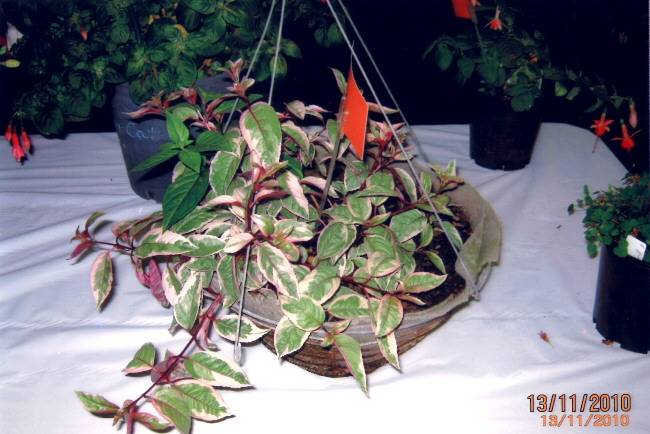 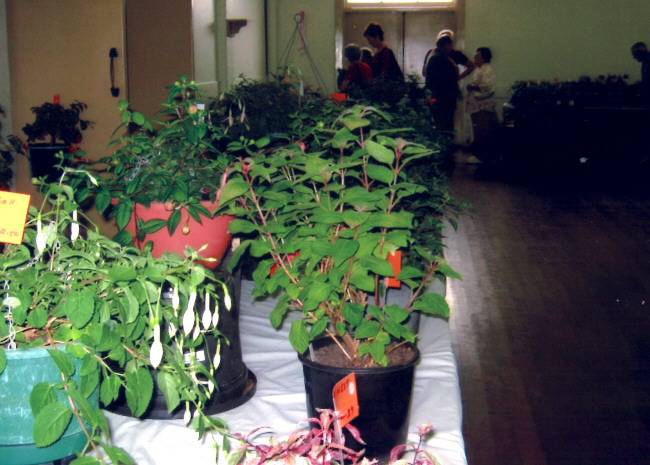 Stages of a Fuchsia explained 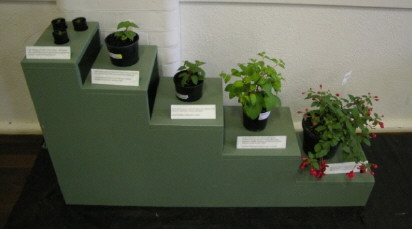 Peter Walkley set up this step display to illustrate the
stages to produce a fuchsia plant ready for the Show. 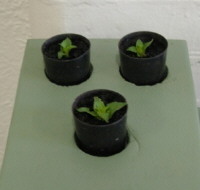 Tip cuttings are taken from plants, and placed into small tubes
containing an open propagating mixture of sand and potting mix. 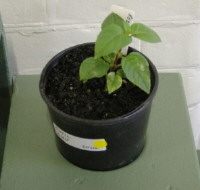 After roots appear at bottom of tube, it is transferred to
a 125 mm pot with a good quality potting mix.

A small amount of a 4 to 6 month slow release fertilizer is placed
in bottom of pot. 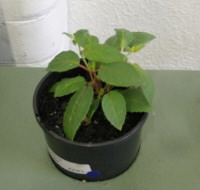 As the fuchsia grows, and the appearance of least 2 sets
of leaves, 'pinching' of stems takes place.

Liquid fertilizer is also given weekly. 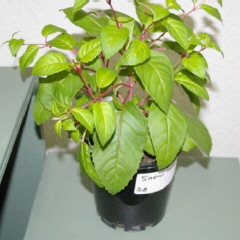 Forming by pinching and feeding

As plant is increasing in size, it can be placed into a larger
pot or basket containing a premium potting mix with slow
release fertilizer added.

Pinching keeps the plant out of flower so allow 10 to 12
weeks to get the plant into good flowering condition. 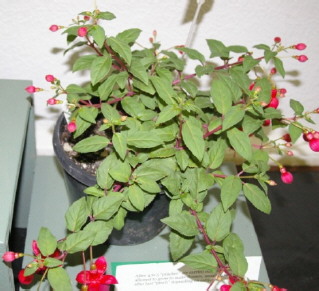 After 4 to 5 'pinches' are carried out, the stems
are allowed to grow and make flowers.

Just in time for the Show, the flowers should
begin to bloom.